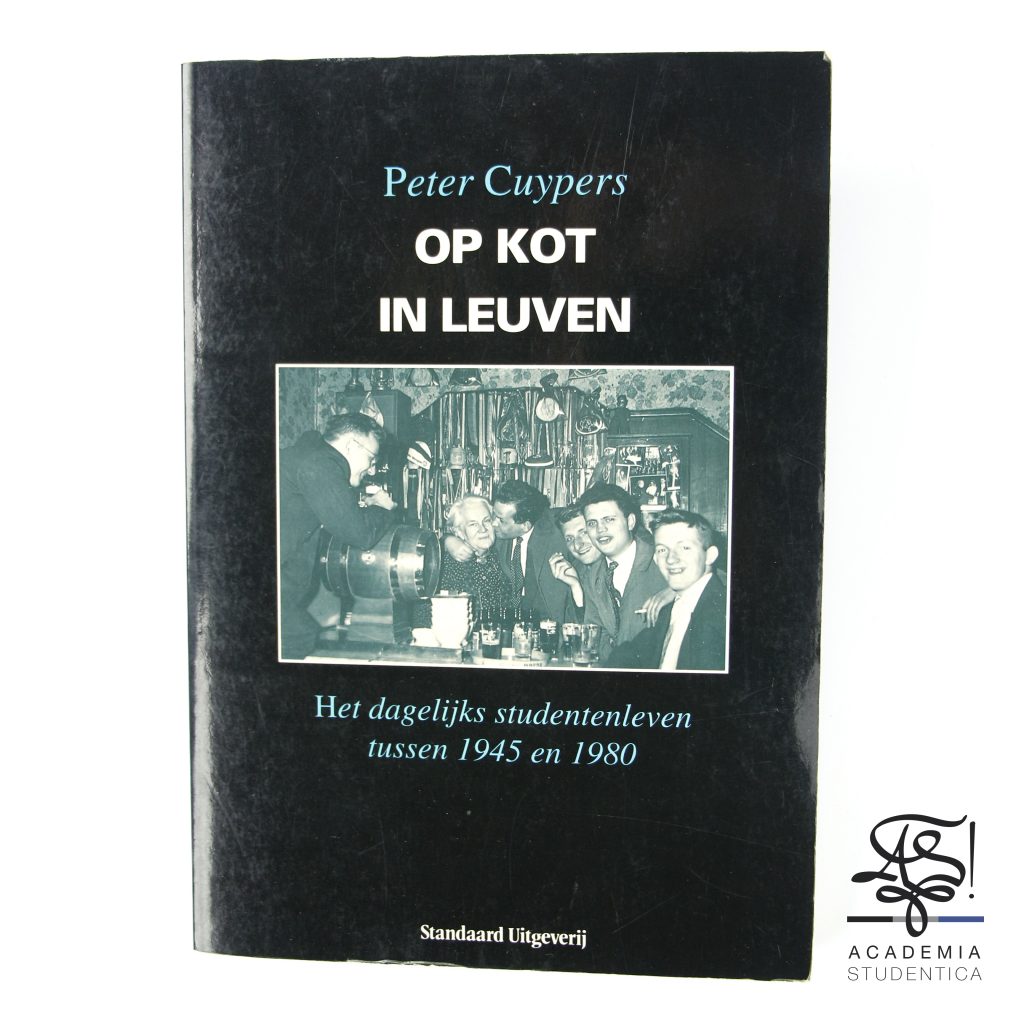 In this work, based on testimonies and articles, Cuypers describes an extensive picture of the daily life of Leuven's students after the Second World War.

He gives a clear picture of how the students lived in this city; where they slept and studied, where they ate, and above all, where they drank and partied. In this way, a number of landladies and famous café owners pass the spotlight, but fellow students, professors and the dreaded exams are also discussed.

In addition, he also discusses some of the major protests that took place during these years, such as the Battle of the Town Hall in 1955, and May '68.

Finally, some student jokes are described here and there, such as the "King of Heverlee", a large-scale film production and the distribution of road salt.