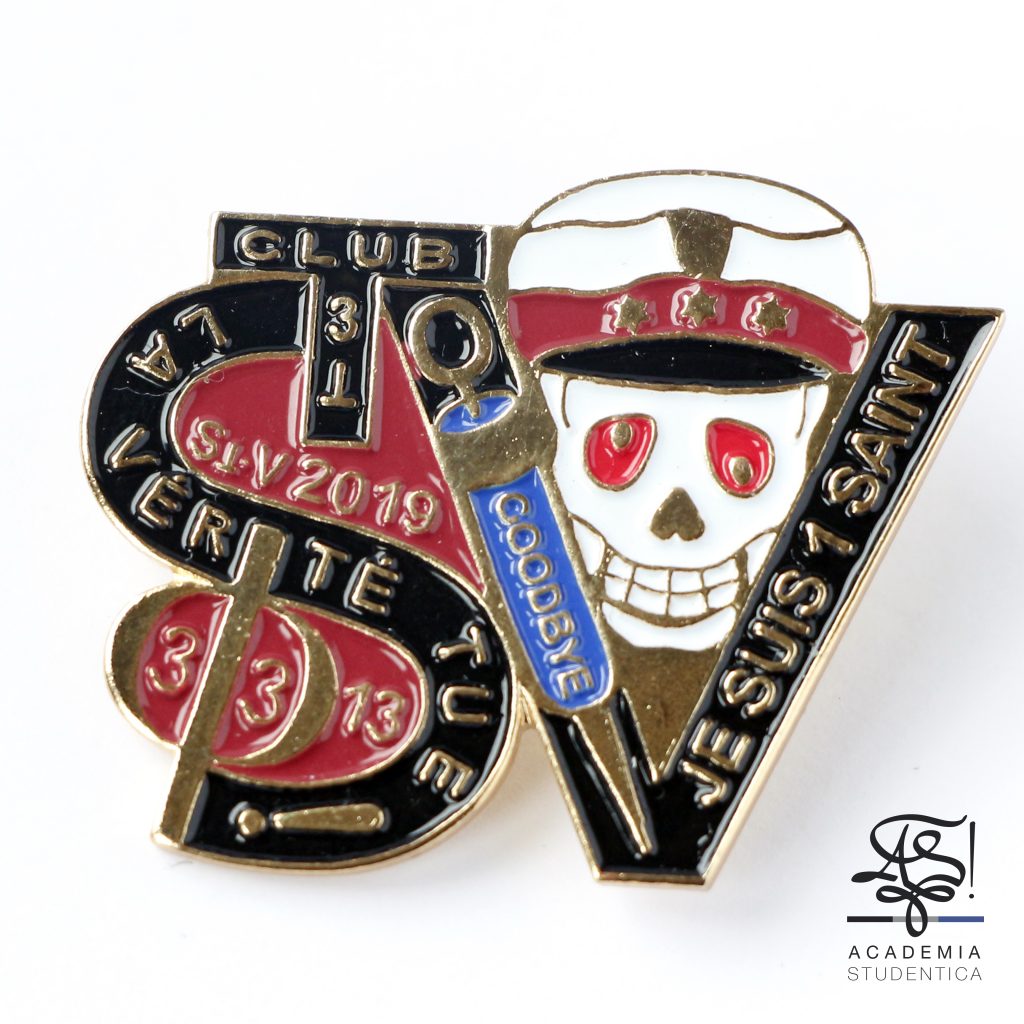 Since 1983 Claremce (pseudonym of Francis Clarembaux) has been continuously issuing medals on the occasion of St. V. Most of his creations are full of all kinds of symbolism referring to various Secret Orders and Corporations of the ULB or to Freemasonry.

In 1986, when his project for an official medal was not accepted, Claremce decided to strike his own medal. However, this one had all the elements of an official medal, such as the acronyms ULB, VUB, ACF and BSG. The author claims that the initials ACF stood for «Association Clarembaux Francis» but despite these explanations, the ACF decided to take the matter to the Rector of the time, accusing the person concerned of selling medals on his own account, passing them off as official. The ban on selling his medals on university grounds was quickly lifted, and it was only two years later that an agreement was reached and the sale of his creations was gently resumed.

On this one, for example, we have a cluster of symbols: a clyster symbolising the «Société du Grand Clysopompe», the number 13 of the «Ordre des Frères Macchabées», the Greek Phi of the «Ordre du Phallus», the exclamation mark representing the three ULB corporations, the number 33 referring to the supreme rank of the «Rite Écossais Ancien et Accepté», etc...