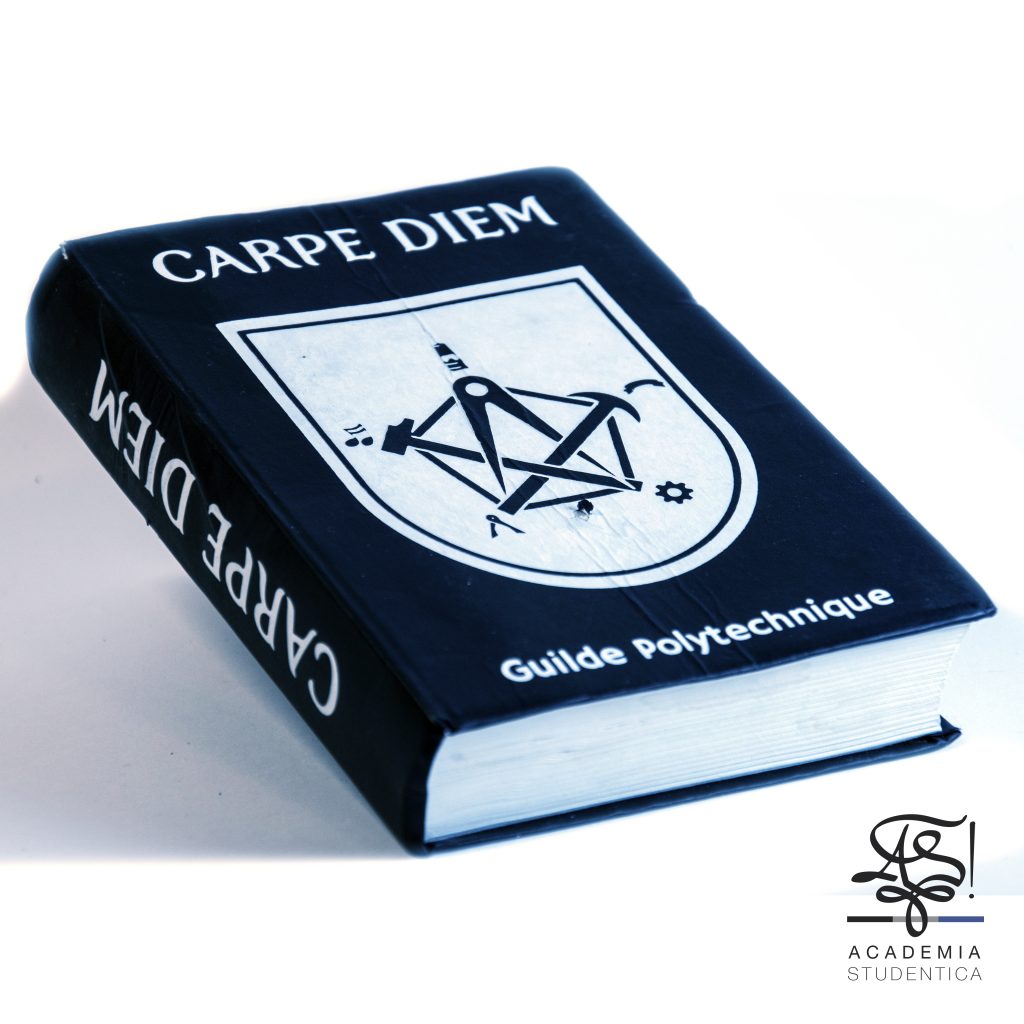 The Guilde Polytechnique is a de facto association created in 1986 by seven students of applied sciences.

Its colours are black-green-red-white and they wear the penne, a traditional studentical headdress from the French-speaking part of Belgium with a long peak. Their logo is a pentagon with a pair of compasses, and a crossed a hammer and a pick-axe. On the outside there is a miner's lantern, a motto, a cogwheel, a compass and musical notes, representing each member of the office.

It brings together students and former students from all faculties and is clearly dissociated from any faculty circle, any corporation, or any order. Its aim is the promotion of student song at ULB; the main means to achieve this is the organization of public cantus. In addition, the Guilde Polytechnique has its own symbolism and secret rituals whose goals are to create lasting ties between its members, to facilitate their understanding of what the Cantus Polytechnique is and to encourage them to always strive for improvement. To get in, you have to be already baptized with a penne. There are two grades: disciples and geniuses. For each grade there are 30 songs to prepare. As of today they have more than 150 members.

The Carpe Diem contains many songs, including a large selection in English, Dutch and also German. It was created in 1992 by a member of the Guild in the ISIB printing works. The last edition of this songbook of more than 500 pages was published in 2017, after Spanish songs were added as well. It contains most of the songs sung on cantus and by the guilds of the ULB and other Brussels circles.