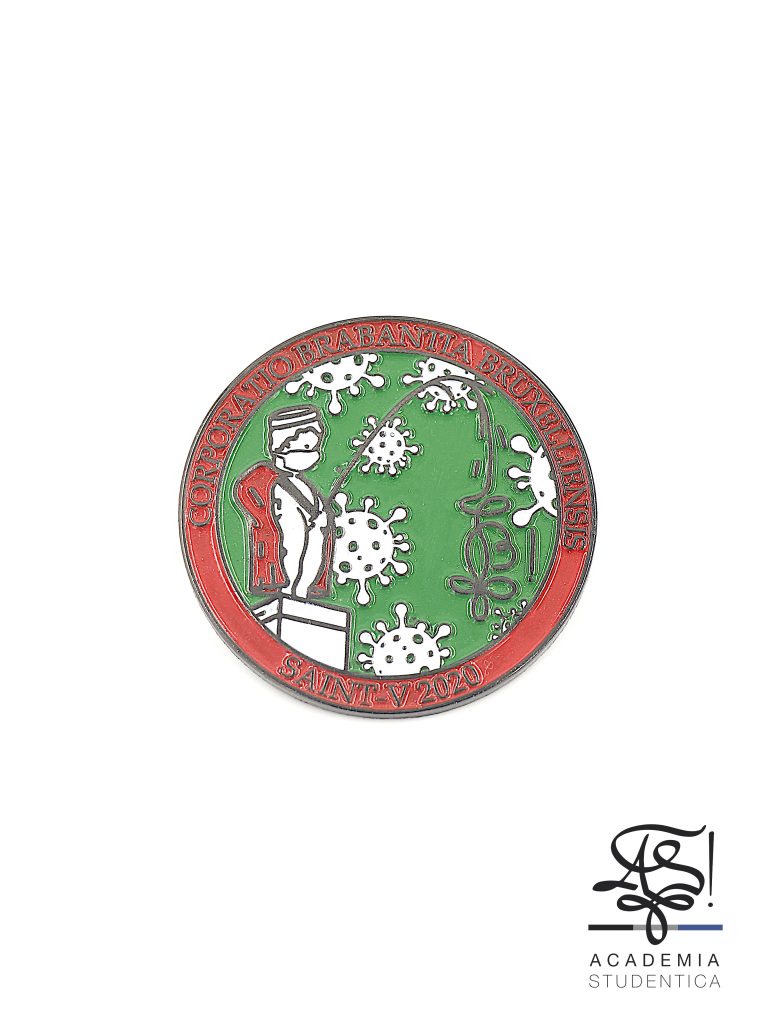 In 1970, ULB was officially split into the French-speaking ULB - Université Libre de Bruxelles and the Dutch-speaking VUB - Vrije Universiteit Brussel.

The Coporatio Brabantia Bruxelliensis (CBB) is a student association that defends the ideal of the guindaille based on respect and dignity. This association is also the publisher of the Florex, with numerous student songs in French, but also in Dutch, English, German and Italian.

It was founded in 1965. Its members wear a distinctive white cloak, a black band with white borders and a bierpet at official activities.

In 2020, the Corporatio Brabantia Bruxelliensis celebrated its 55th anniversary and on this occasion, as in every five-year period, Manneken Pis was dressed in the Corporatio's regalia. On the medal, he is shown wearing a surgical mask and under a rain of coronavirus that reminds us of the Covid-19 health crisis.

Little Julien's stream forms the monogram of the Corporatio. Green and red are the colours of the city of Brussels, the CBB's stronghold.

The design was made by Julien de Muynck