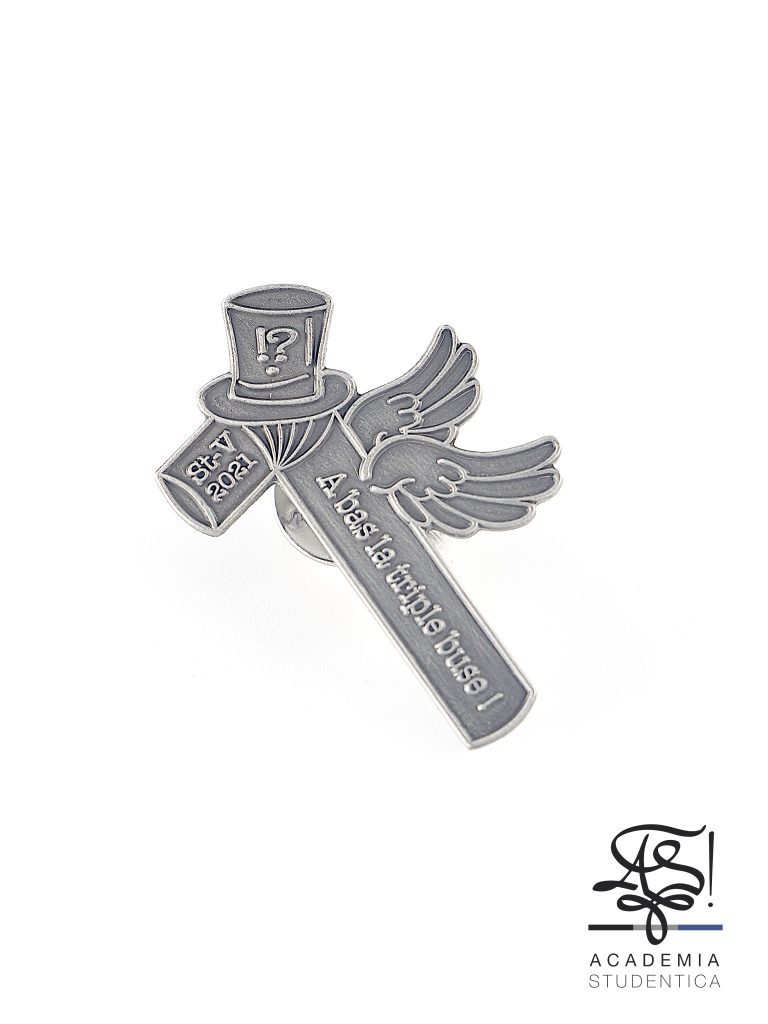 This medal takes the form of a rigid pipe, more commonly called a "buse" (=pipe), with a pair of wings. This unusual shape first appeared thanks to Félicien Rops who brought it to life by drawing the Crocodile coat of arms in the cover of the newspaper Le Crocodile of August 7, 1853. On its top hat appears, for the first time, a symbol composed of a point, an exclamation mark and a question mark which could represent action and reflection.

The pipe in question is triple, and even quadruple, this word being able to designate a tube as seen previously, but also the failure of an exam, a type of hat or even a bird of prey.